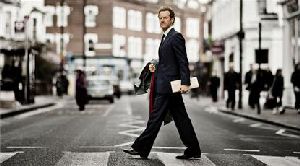 Saudi Arabia is among the hottest job destination for both Asian and western expats, next only to cities like Singapore etc. When it comes to Saudi Arabia, expats looking for employment here must understand that is the land where the religion of Islam was born. Thus, the country is deeply rooted in religious practices and all those who wish to come, work and stay here must abide by its strict rules and customs.

Nonetheless, the lure of high-end tax-free salaries fails to deter job seekers here. In fact, Saudi Arabia offers some of the highest salaries in the world.

As per a survey conducted by a trusted source, consider the average monthly salaries here:

Now, that means the average salary in Saudi Arabia translates into roughly $4,200 USD per month or around 200,000 in INR which is more than enough to get expats excited working here. Not only this, salaries here can sky-rocket if you bring with yourself more experience and skill sets.

â€¢ Teaching English– A rising demand for English teachers has catapulted the salaries for the same
â€¢ Petroleum Engineer â€“ This is core sector in SA and no wonder it offers some of the highest salaries
â€¢ Private Sector â€“ As a fast developing sector salaries here are very lucrative
â€¢ Construction, hospitality, nursing and medical care are also among the most popular job options for those migrating to Saudi Arabia.

Working in the Holy Cities of Saudi Arabia : Saudi Arabia is undoubtedly among the richest Gulf States and also the most religious. The country has severe rules for men and more so for women. The country prohibits consumption of alcohol and mixing of opposite genders unless they are related by blood. Dress code for women is stringent and women take up mostly â€œfeminineâ€ jobs such as dress designing, running spas etc. Westerners here live in special colonies called compounds where they can dress more freely and even have alcohol.

The country is marked by its vast and amazing desserts, few scenic mountain ranges and of course the stunning coastline of the Red Sea. Around this coastline you can also find beautiful coral reef and enjoy a variety of water sports.

Thus it is important for all expats generally and westerners specifically to understand that these rules are a way of life for the people of Saudi Arabia. And it may take some courage on the part of expats to learn and abide by these rules.

Read more about living and working in Saudi Arabia.

Scroll back to top